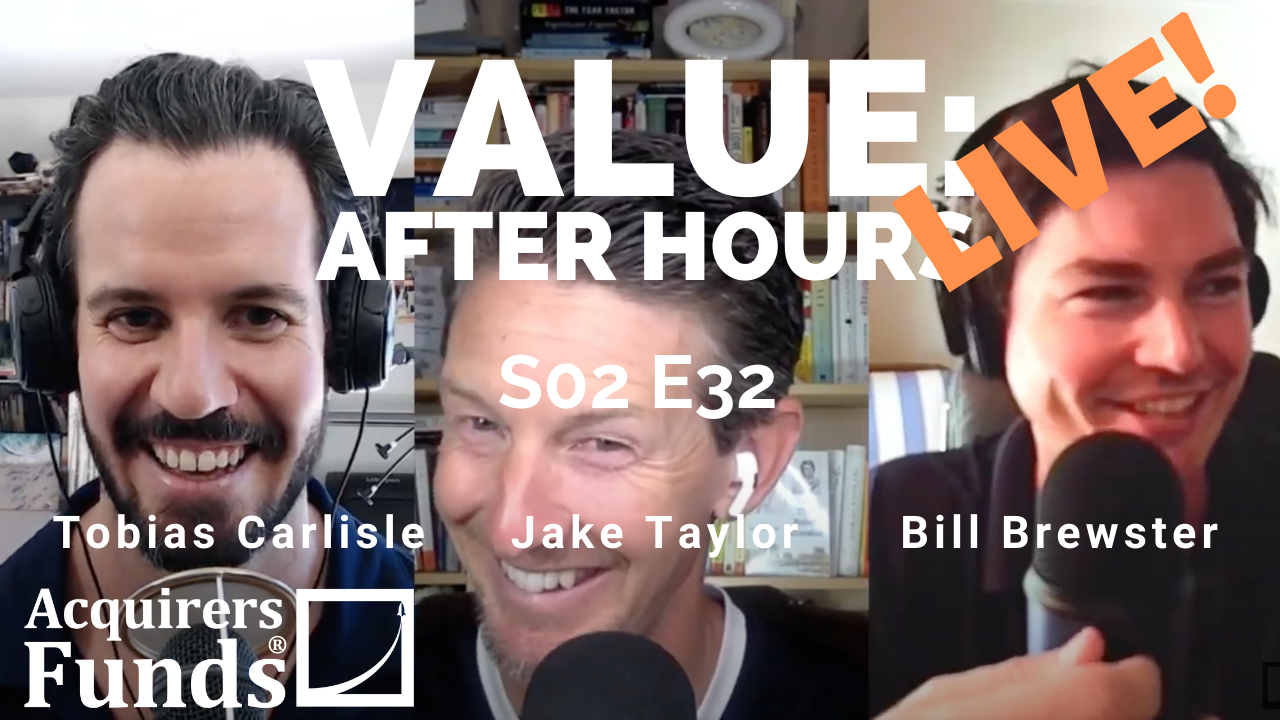 During their recent episode of the VALUE: After Hours Podcast, Taylor, Brewster, and Carlisle discussed The Disconnect Between The Stock Market And The Real Economy. Here’s an excerpt from the episode:

Tobias: Well, the underlying economy is pretty dinged up. We’re talking about– I think it was down 9% in Q2, I think, am I getting that right? To put that in context, 2008, 2009 was down 4%. This is a big hit to the real economy. I just find it hard to see how it– I appreciate that the stocks are up and everything looks okay, because there’s been a lot of stimulus. But I still think at some stage, don’t you look at the valuation and say where the valuations have to reflect what’s happened underneath and I think probably to some extent, the real economy, the planes, trains, automobiles, steel, all of that sort of stuff does reflect that and the stuff that has benefited has been all the stuff that Skype, Microsoft–

Bill: Vitaliy had a good– I’m pretty sure it was two days ago. He wrote a piece and he had made a similar comment where he was like it appears as though the bytes have separated from the atoms when you think about how valuation is, and the problem that he articulated that I tend to agree with just viscerally but, maybe it’s wrong, is like the bytes are funded by the atoms. You can’t have Microsoft exist if Ford is getting crushed. forget about Ford, but the aggregate of all the hospitality companies, I’m pretty sure that was part of Alteryx’s– what made them fall short. You need the atoms to be spending on the IT in order to fuel the bytes. But [crosstalk] valuations haven’t caught up.

Tobias: Is that true?

Tobias: Well, we’re just going to argue about it. You’ve got your business set up, you’ve got it set up, and all of a sudden, you’ve got to work from home. Well, now we’ve got to go and get whatever infrastructure we need to work from home. So, that’s funding that you got– spending you got to get, you might have to truncate that from somewhere else or it comes out of profit or something like that. But that is new spending directed towards us, guys. It does make sense to me that they get a run out of this, but I think that the problem that everybody’s now confronting is that the valuations are very, very stretched. Probably, the business is ultimately tied to the underlying economy. It’s faster than the economy, but probably does follow it in some sense.

Bill: I agree with what you just said. I think it was very articulate and smart. And it reminded me of a letter that I was reading today earlier. And it said, an odd question popped in– this is a 2011–