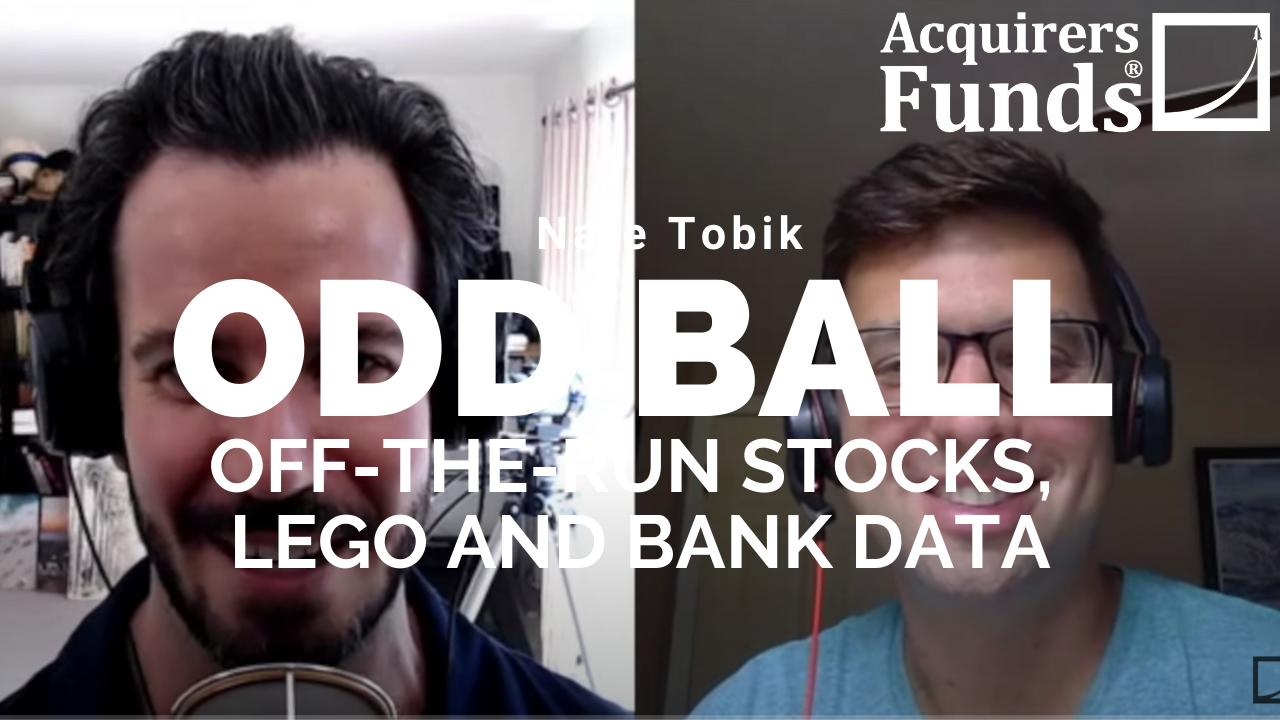 During his recent interview with Tobias, Nate Tobik, founder of CompleteBankData and author of The Bank Investor’s Handbook discussed Generating Outsized Returns In Japanese Net-Nets. Here’s an excerpt from the interview:

Nate: So, I just decided I’m going to just research a couple of hours every night. And I started Oddball Stocks because– I’m not a structured person. So, it was like, “I needed some place to store this information, so I could go back to it and get to it anytime.” And so that’s what it was. I started writing on there and started doing value stuff, the spinoffs eventually. There’s no juice left to squeeze from those, those became popular. You used to write about the–

Nate: The net-nets. I did a bunch of those. Also, the stuff where it’s a company doing the reverse split. Those were awesome for a while. And I was scalping a couple hundred dollars to—

Nate: Yes, the Odd Lots. Some of those were phenomenal. You can make thousands on them. I just kept changing. I always thought it was like little pools of water, they would dry up and you just had to move on to the next thing. So, I did Japanese net-nets. Those were a funny investment because Mohnish Pabrai was talking about those and I thought, “Oh, this sounds awesome.” And he gave this really compelling talk. So, I started to invest in them, and I thought, “This is great. I’ll buy a bunch of these Japanese net-nets.” I was riding a bus to the office every day and so I bought the Japan company handbook. I actually went through that stinking book, like every page. I made a list and I had, I don’t know, 150 tickers and then I just bought a selection of them. I did so well on those that it paid for the down-payment on the house I’m in now.

Nate: Thanks. The irony is, right around that time I was doing well, I was at a corner of Fairfax meetup in Toronto. Mohnish was there talking about how terrible his Japanese net-net investment worked out and it was the stupidest thing he’d ever done, and he wished no one had done this. I was sitting right by him and I’m thinking, “It worked out well for me.” [laughs]

Tobias: How did it not work out for him? What was the difference?

Nate: I think sometimes people overthink the deep value stuff. You could have paralysis by analysis where you’re trying to find the cheapest or you want to find something with a good business. I started buying stuff that was a net-net that had over a 10% return on equity or was below 50% of book value with a 10% return on equity. And I just bought them. I went from the Japan company book, and it would have a description like, “Makes refrigerators, toaster, and radiators for cars.” And I thought, “Okay, that’s what they do.” I knew nothing about these companies.

Nate: Yeah. It was just a statistical thing and it worked out really well. It worked out so well– I did not hedge my yen exposure. If I would have, I would have had– so I was working against the wind really because–

Tobias: The yen was striking against the US dollar most of the time at that period.

Nate: Yes. My investment overcame the strengthening. If I would have hedged, I would have done even better. There’s probably still an opportunity there now, but that worked out great. It was one of those, like you don’t have to be a genius to do this. You just need to be able to execute.

Tobias: You’ve just got to be able to actually go through and do what you’re supposed to do, which is buy them at a big discount to their net current asset value. And then, not think too much about the business because you’re only getting an opportunity because it’s a terrible business.

Nate: Yes. Well, some of them were good. I guess they were good businesses.