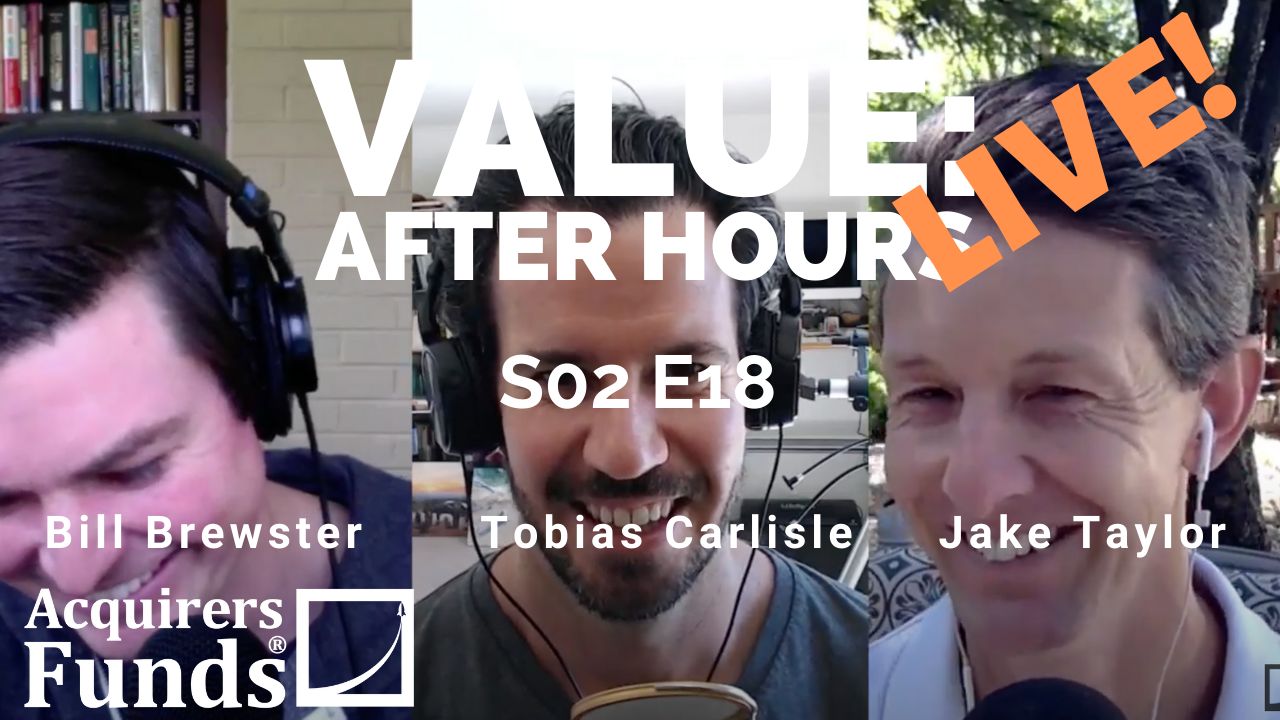 During their recent episode of the VALUE: After Hours Podcast, Taylor, Brewster, and Carlisle discussed Verdad’s article titled – When Buffett Was A Quant. Here’s an excerpt from the episode:

Tobias Carlisle:
So, sorry for all of the deep value guys who followed me into deep value and have just endured years of pain in it now. The only thing I can say is that, I’ve been in during at least as much pain as you have. So, I’m in there for real. But, a nice thing came out from Verdad, Nick Schmitz, I think he’s one of the partners, one of Dan’s partner.

Tobias Carlisle:
Verdaddy, someone’s gotta to get that Twitter handle, Verdaddy, @Verdaddy. Basically, it’s when Buffett was a quant talking about when Buffett was much more mechanical, going back to his net-net days, makes a little bit of a leap because Buffett’s was never this kind of quant. But, it is interesting. The chat that they put up is interesting. It’s one that I’ve shared in the past too. It just shows the cheapest decile in the pharma French data, the free cash flow yield. I think it was free cashflow that they put up. It’s now at this point where the last times that it got as cheap as this, the returns that immediately followed were spectacularly good, like 20-30% a year type returns.

Tobias Carlisle:
So, to get to this point, obviously that’s a very painful under-performance and nobody’s enjoyed it, including me, but I’m hopeful that the forward returns look much better. Of course, it can always get cheaper, but basically the opportunity set, and I have been saying this since the start of the year, I’ve been saying this since maybe a year ago, the opportunity set is basically as good as it ever gets for this stuff. So, I think the market is expensive and the market’s going to do what the market’s going to do, but the deep value stuff is basically about as good as it gets, particularly in small, small value. Small value’s just ridiculously good value at the moment. Anybody want to confirm my bias?

Jake Taylor:
I just worry that it could… We haven’t taken out 73, 74 level in that chart, and that’s still aways away I feel.

Tobias Carlisle:
How far was it?

Jake Taylor:
That was down to, what was it, 1.5 or something price to free cashflow.

Tobias Carlisle:
Where are we now?

Jake Taylor:
What was it? Two and a half or three or something like that. But, the other problem is, I’m not entirely sure that it’s apples to apples with the debt levels might be a little bit different across that data series.

Tobias Carlisle:
Yeah, that’s the price of the free cash. So, that’s a good point. When add in the debt, it’s not quite as cheap because we’re a little bit more indebted than we have been in the past. That’s true. But, I think if you… That turns up. If you have a look at Alpha Architect’s website, they’ve got an EVE bit tracker that goes back. It says that value is pretty good value at the moment, but it’s not as cheap as it has been at other notable turning points. The only thing that I would say to that is that, when Cliff Asness wrote his Venial Value Sinning article and then followed it up with the Never Has A Venial Sin Been Punished So Swiftly or So Brutally, he talks about using an ensemble. When he uses the ensemble, he said basically you’re at this point where, we either proceed onto dotcom undervaluation, possible like this. We’ve done that before.

Tobias Carlisle:
But, if you’re betting on us going to dotcom undervaluation, you’ve got to know that we’re in the 97th or 99th percentile of undervaluation here. So, that it’s much more likely that we go back in the other direction.