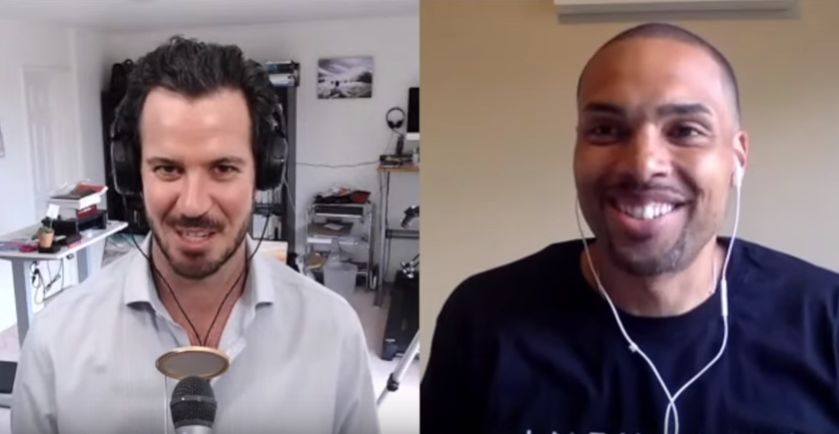 In his recent interview with Tobias, Tyrone Ross Jr, who was recognized by Investment News 40 under 40 (2019) and WealthManagement.com as a top ten advisor set to change the industry in 2019, illustrates how cryptocurrency is really just a digital version of the centuries old sou-sou. Here’s an excerpt from the interview:

Tobias Carlisle: So you gave me some homework before I talked to you today, and it was the Satoshi Nakamoto paper, the original paper on Bitcoin. I read it, I can’t say I understood all of it. But there was some ideas in it that I thought were very powerful, and one of them I think you were just touching on there is the disintermediation of the financial institutions like banks. How does that help the people who can’t access regular banking? Is it just because they can get access through the phone, or what does it achieve that banks haven’t done previously?

Tyrone Ross: Great question. So one of the things that, in the white paper it mentions peer to peer electronic cash system. Me to you without a bank. So now I don’t have to worry about the bank saying, again, “I need a certain amount of ID,” or, “There is a minimum,” or whatever the fees are. I don’t make it. So that’s one part. The other part is the people who are lacking financial services now don’t trust banks, and they also realize that I may not have enough money to use a larger bank anyway, so we’d rather just stay unbanked, or use payday loans, or use check cashing places, or the post office where people go to get money orders and cash money orders. Go to any inner city right now in this country on the weekends and you’ll see that, it’s a real thing.

Tyrone Ross: So that’s what crypto along with the crypto exchanges UK has allow for. Now to this point where people don’t realize, let’s go all the way back to the 16th century where slaves developed something called a sou-sou, which we called, I come from a Caribbean background, some Hispanics call it a Tanda, people call it different things. Where there was a trustless system where Toby puts in 100, I put in 100, we get 10 other people to put in $100, there’s a pot. We all take turns getting that pot, but it’s trustless because I have to believe that you know I have to pay my rent. And I know you have to pay your car note, so everybody has to put money in. Long story short, this has come down for centuries now.

Tyrone Ross: So if you go to any inner city community where there’s a large Caribbean population, they use this because they can’t use banks. So all Satoshi Nakamoto did, probably a group of people or whatever, was take that same idea and put cryptography, and economics, and finance, and all these things behind it and make it a digital ledger, and a digital blockchain that could be used for money. They created internet money, period, that’s just what it is. So that’s what this allows. So now what I’m trying to do when I get people to understand is listen, white, black, Hispanic, whatever, you guys have been doing this in your own communities for centuries. Irish, whatever, Jews, the whole deal.

Tyrone Ross: But now what this technology is allowing you to do is be able to do that same thing from your phone to transfer value. And there’s even startups now that are building that same infrastructure as a sou-sou, like I mentioned, on the blockchain right now. So that’s really what it’s about, to bypass the banking system and not have to worry about the fees, the overdrafts, and things like that.

Tobias Carlisle: Does your appreciation of that function of crypto as a type of digital sou-sou, is that the correct term?