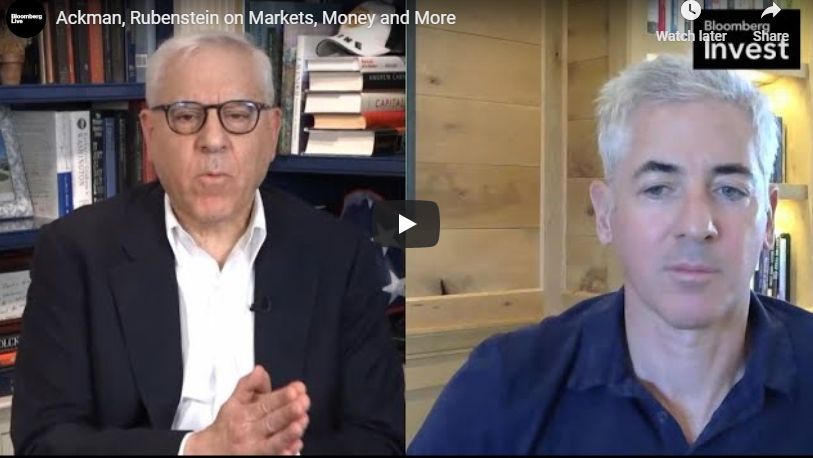 In this recent interview with David Rubenstein on Bloomberg Bill Ackman discussed the mistakes he made circa 2015/2016 which saw a significant drop off in his performance and how he turned it around. Here’s an excerpt from the interview:

Q. So let’s talk about for a moment some of the campaigns you’ve done as activist. Some of them have worked out, some have not. Chipotle has seemed to have worked out but you did a couple that were difficult ones for Herbalife or Valeant. They didn’t work out. What would you say is the mistake you made in hindsight and that you would try to avoid in the future?

Ackman: Sure. So there’s sort of eight principles that have driven our investment success. When we have veered from those eight principles we’ve lost money. We went through a very difficult period circa 2015/2016 the two investments you mentioned were big drivers of that. It was, if you will, experience is making mistakes and learning from them and it was a moment of reflection for the firm.

I went back to the core principles that have driven our success for the first twelve years. I had a member of the investment team literally engrave them in a stone tablet not dissimilar from Moses’ Ten Commandments and I had that stone tablet put, what you might call a deal toy, sits on everyone’s desk in the office.

We’ve adhered to those principles ever since. We’ve been fortunate to return to the success we had for the first dozen years. So I think it’s about keeping to your core principles which are basically one invests in simple predictable free cash flow generative dominant companies with large barriers to entry. That are high returns on capital. That have limited exposure to extrinsic risk we can’t control. Strong balance sheets. Don’t need access to capital to survive. Have excellent management. Good governance.

Sounds logical but occasionally we’ve diverged and there’s those times… there’s a certain discipline that comes with investments and there always seems to be a countervailing quality that caused us to diverge. But really each case we’ve compromised on business quality or complexity.

3 Comments on “Bill Ackman: Engrave Your Investment Principles In Stone And Stick To Them”