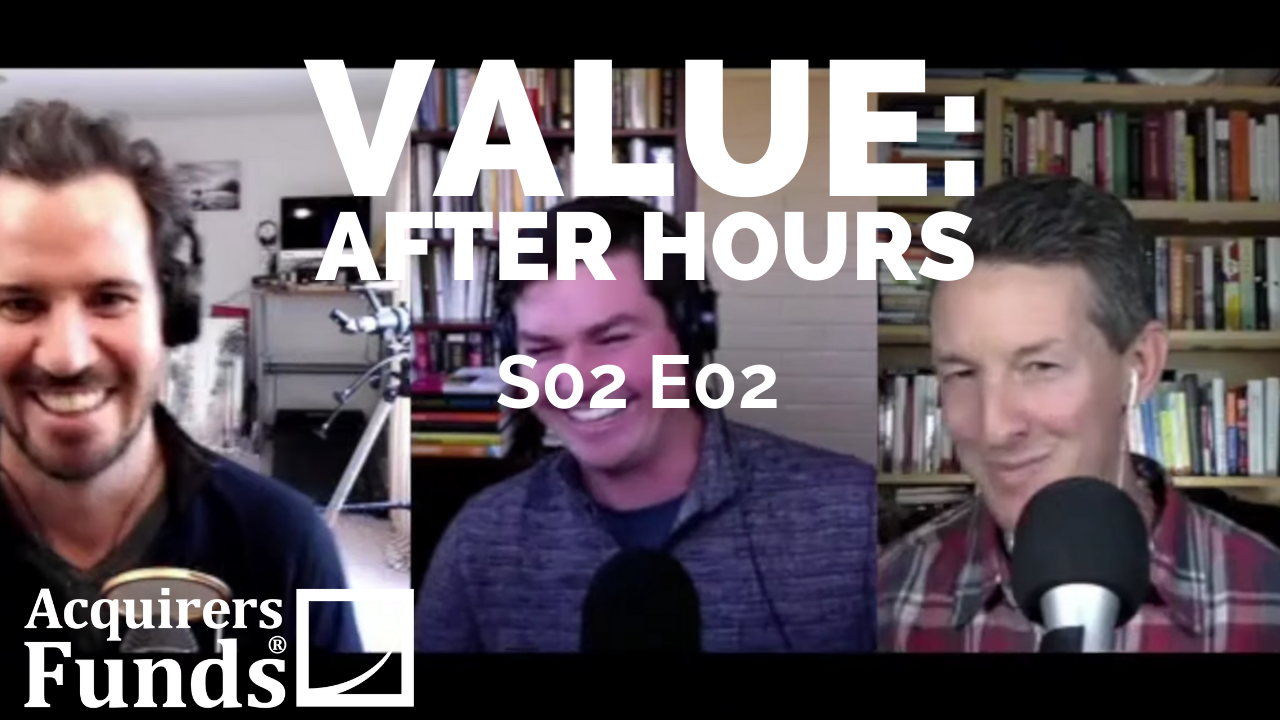 In this week’s episode of the VALUE: After Hours Podcast, Taylor, Brewster, and Carlisle discussed Justin Mallory’s Twitter thread on – What Should Warren Buffett Buy? Here’s an excerpt from the episode:

Tobias Carlisle: So. Should we move on to my topic?

Tobias Carlisle: Justin Mallory on Twitter, MBA, cattle farmer, great Twitter account. He was looking at… So he’s doing some analysis on Buffett. So everybody knows Buffett’s got a $128 billion in cash. Some very large portion of that is float that can’t be used for acquisitions. It’s supporting liabilities that are insurance liabilities. So they do this analysis where they say basically he can spend, let’s say he can spend some 20% of it and then he can lay about 50% more that can be half of your purchase price. So they get to about 50 billion. And then you go through the list of stuff that he has invested in in the past and what he might buy. And so they say… So the market cap has to be between 10 to 50 billion, PE under 20 he’s saying U.S. domiciled here, price to free cashflow under 10 return on investment over 10% so then-

Jake Taylor: The screen returns an error because there are no-

Tobias Carlisle: And then he said kick out the financials.

Bill Brewster: You have one company, sir.

Bill Brewster: Synchrony’s got a position in…

Tobias Carlisle: In the… that’s right. So that’s a high on the list. Discover. Southwest airlines, we just love. HPQ, which is not the enterprise, that’s the printer side of the business. Delta airlines, which we know he’s got a little holding in already. Valero, VLO. Capital One COF. So I thought it was kind of interesting. I just-

Bill Brewster: It’s all financials and capital intensive crap businesses. The little ones.

Tobias Carlisle: Here’s the thing. That Looks a lot like my portfoli to be perfectly honest. It’s not very Buffet like.

Tobias Carlisle: It’s hard to find cheap stuff out there.

Bill Brewster: Yeah, I mean you got to stretch. I was talking to somebody that owns parking garages this weekend. And we were just talking about what valuations have done. And he’s done really well over the past five years or so. He goes in and he helps people optimize their parking spaces and he takes equity positions in them. And I asked him what’s gone on lately and he said the valuations are just sort of where they’re at. They’ve just sort of plateaued. And-

Jake Taylor: Is that a permanent high plateau?

Bill Brewster: Well, in Chicago he said equity’s coming down quite a bit. There’s it’s very market specific because who’s going to… You don’t want a lot of permitting, but you want growth in the population. So it’s sort of… I don’t know, I just thought it was an interesting asset class that he said, the valuation seems stretched and I don’t know how much upside we have. That’s sort of how I feel about most of what I look at. I’m like, yeah this is pretty rich. It could work. But a lot of things have to go right.

Tobias Carlisle: I saw an analysis on Uber. They said that the Uber, the share price is where people were investing in 2014. So there’s been, you’re VC investing in 2014 in Uber, you would think that you probably hit it out of the park, wouldn’t you?

Jake Taylor: How’s it done from its IPO? Did it have any run up and then back down?

Bill Brewster: I think it came out pretty flat, I’m not sure.

Tobias Carlisle: It’s probably one of the better performed IPO’s of that class.

Bill Brewster: Yeah. In a couple of months, Peloton would give anything to have that.

Tobias Carlisle: Yeah. Peloton was up a little bit last time I looked.

Tobias Carlisle: It’s a very tough market. If you’re a disciplined investor, it’s a very, very tough market to get sufficient cashflow and earnings for the dollars that you’re spending. And the only people I think who are sort of doing well in this market are people who believe that the growth is much more sust… Like people who have accepted that we’re going to have much higher growth for a much longer period of time. Who can believe that and stick that into the models and pay up have done very well. But I can’t do that.

Tobias Carlisle: They have. That’s what I’m saying. It’s working.

Tobias Carlisle: I don’t mean to be critical.

Bill Brewster: I may have said this before, but I sort of wondered after the financial crisis, you didn’t have a lot of capitalized competitors. I wonder as we get deeper into sort of the recovery… I mean I know it’s 10 years, but does more competition pop up as sort of people’s, I don’t know. Either get more confident again or now they’re balanced.

Tobias Carlisle: Hasn’t the land grab been kind of… Isn’t that the land and expand isn’t that kind of over now though, in a lot of sectors.

Tobias Carlisle: There’s no competitor to Uber or Lyft now, right? That game’s over.

Bill Brewster: Yeah, but there could be, there was a company V… I have no loyalty to either of those companies.

Bill Brewster: Everybody shits all over my airline thesis, but they like Uber and Lyft and I’m like, “This is the same thing guys. It’s just a little different.”

Tobias Carlisle: Well, I’ve been pitching Southwest. I mean I’m a believer in that too.

Bill Brewster: I saw that.

Jake Taylor: It’s just like the horse that can count as a good mathematician.

Bill Brewster: How dare you.

Tobias Carlisle: But it’s a $28 billion market cap last time I looked. They’ve earned returns like 24% return on invested capital, which is down from 37 about five years ago. They’ve used all of their free cashflow over the last five years to retire stock and pay a little dividend. So it’s actually cheaper now on a price to book value basis. I don’t know that’s got its own problems, but on a book value basis, it’s cheaper now than it was when Buffet took a swing at the basket. I like it. I’m looking like an idiot at the moment, but I think it’s… I like the stock.

Bill Brewster: I bet the basket is cheaper than it was when he took a swing. I mean American has just gotten killed for some good reason, but Delta-

Tobias Carlisle: What’s the reason? Is it 737 max?

Bill Brewster: No they just have way too much leverage. And they run a pretty crappy airline. They need to pay down their leverage. And they don’t think they do, but it’s clear that they do. It’s a hard argument to make. We don’t have too much debt because we have a big revolver behind us. So in a downturn we have $7 billion to draw. It’s like, okay, well that’s just more debt, man. Eventually you got to pay this back. So, that’s what I say.

Jake Taylor: Those can disappear potentially. You have counterparty-

Tobias Carlisle: As the dead guy… How solid are those things? Can they yank them if it gets… They say this is a material adverse change. That’s gone.

Bill Brewster: I don’t think so. I would need to look at all their covenants and stuff.

Bill Brewster: Yeah. And I think the way that they do most of their financing is there so much capital out there that’s willing to take an asset-backed loan on an airline. Like an actual aircraft, that I bet that… Yeah. But I bet that the actual true leverage to the operating entity is lower than the headline leverage screens. But I just… It’s not a game. It’s hard enough to bet on an airline. Why would you bet on the most levered one out there? Other than-

Jake Taylor: That’s where all the juice is.

Jake Taylor: You’re a gambling man. I’m just imagining the monopoly guy and he’s pulling his pockets and turning them inside out and like, “Oh, sorry, I don’t have any money to give you now.”

Bill Brewster: Yeah, I mean it’s an issue or it can be. You get into trouble with revolvers sometimes if there’s like a leverage covenant. And so a company will say we have a $600 million revolving credit facility, but they can only draw 200 million before they breached their leverage covenant. So it’s really a $200 million facility. But some of them won’t exactly tell you that.