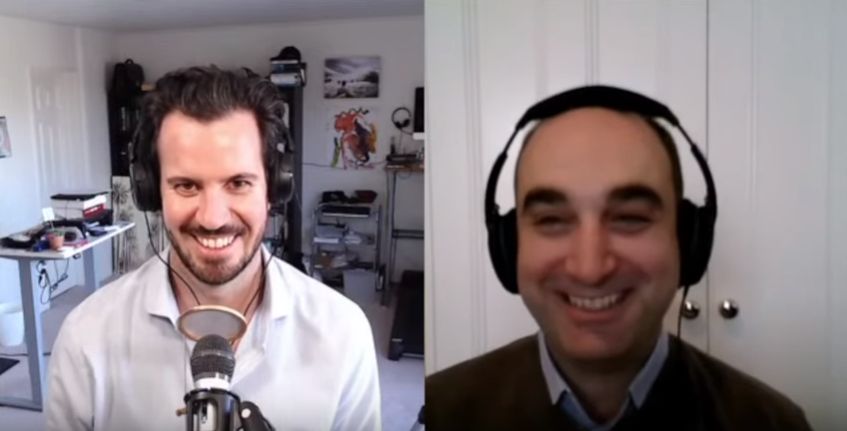 During his recent interview with Tobias, Daniel Grioli, the Managing Partner at Guisgard Capital, provides a real-life example of how investors can miss out on big gains by selling a stock that reaches its ‘target price’. Here’s an excerpt from the interview:

Daniel Grioli: Definitely. So, I’ll add a couple more points on this. The first thing I’ll say, there’s a great thing that Gerald Loeb wrote in his book, The Battle For Investment Survival. I think it was written during the Great Depression. It’s an investment classic and he makes the point that when it comes to buy decisions, if you don’t like something, you don’t buy it. And so therefore your hit rate, all things being equal, is going to be much higher because you can wait for the Buffet fat pitch. No, no, no. Okay.

Daniel Grioli: With the sell decision, you can’t actually avoid the decision. Every day that portfolio sits in your portfolio. You’re either holder or a renewed buyer or a seller. And so because you’re being forced to make, so decisions, which you are at some point you have to sell. You should expect that your hit rate is going to be lower.

Daniel Grioli: And I’ve noticed that pattern across the hundreds of fund managers that I’ve worked with and met and researched is they all find selling harder. And so what everybody ends up invariably doing is coming up with some kind of rule that works for them. And I know it’s not going to be right in every circumstance, but it should be right on average over time and it works for them. And I think that’s about the best you can do when it comes to sell discipline.

Tobias Carlisle: I liked those rules were, and I think that this works particularly well for the Buffet style investors where you’re sizing your best ideas, the largest when they’re first in the portfolio and then as they rise and they come closer to your estimate of intrinsic value, trimming them back as they become risky. And that way you’re harvesting some return as you go. And if the stock comes back, then you’re in a position to buy some more and you don’t have to learn a new stock. You know that particular name pretty intimately. You can become very familiar with the way that they work. So and I think that there’s some pretty good quantitative recommendations to that. As a strategy of gathering some value and holding onto it as the stock grows. Do you work that way? Do you trim as it goes?

Daniel Grioli: I do sometimes. I’ll tell you an interesting story about that because it really illustrates. And I know this is an anecdote and anecdotes are not data, but it really illustrates the problem with thinking in terms of target prices and the uncertainty that you have with selling. So in my personal portfolio, a few years ago, I bought a small cap stock called Blackmores and Blackmore’s makes vitamins and health products. And at the time the stock had been quite beaten down because most of its products were sold to three retailers, the two large supermarkets and a chemist, or a pharmacy chain here in Australia. And they were really squeezing on price. They were trying to get the most they could out of Blackmores and now forcing it to do a lot of cost cutting, a lot of promotions.

Daniel Grioli: It had a small but quickly growing business in Asia. And as the Asian middle class is getting wealthier, they’re more focused on health. And as I found out talking to some people from China, they described to me the dynamics of a four two one family. So four grandparents, two parents, one child. So you’ve got this funnel where the child is seen as a very important investment because you’ve got four grandparents, two parents, and they’re all trying to make sure that this child has the best start in life. So, vitamins, health. And then particularly when you had the issues in China where they were putting melon wine into baby formula and children were dying, very conscious and Australian and New Zealand products were seen as healthy and safe. So they commanded a premium, but that all came later. At the time Blackmores was beaten down because these three suppliers were gouging it.

Daniel Grioli: So I purchased some of the stock and it traded up slightly from where I bought it. I think I bought it around about $24 and then I sold some about $28 I did another valuation, I looked at it, I did a free cashflow evaluation. I actually used the template that professor Damodaran puts on his website at NYU Stern, which is great resource for anybody doing their evaluations.

Daniel Grioli: And after a while I took a look at it again and I actually realized that I’d made a mistake in selling it. So I bought it back at $28 I bought it back roughly where I sold it, kept it, and it got to mid $70’s and I revalued it again at the mid $70s. This time, the Chinese growth story, it started to emerge and so people were getting behind the stock. It’s a very small company. The son of the founder owns a large block of stock. He’s still the chairman, so there’s very tight float.

Daniel Grioli: So as people started to buy this, it was getting ramped up. Now I valued it at about $56, it was trading at $74. If I was a traditional value manager, I should’ve sold. But understanding the dynamics of the Australian market, I knew that it was just outside the 200, to top 200 stocks and was very close to getting reclassified into the index and given the tight float out there and the forced buying from index funds, that’s what’s going to go further.

Daniel Grioli: So I actually let it run to about $80 and then it experienced a bit of a pullback. So I sold half my position and then the index effect happened. It got included in the 100 I think. It ran onto $130 so way above any kind of fundamental number I could come up with, it experienced another pullback.

Daniel Grioli: But I later felt a lot better. And you know what cheered me up immensely. There was an article in the paper that the chairman and largest shareholder, Marcus Blackmore sold the large block of his stock at $48 I think to purchase a new boat.

Daniel Grioli: And that cheered me up immensely because I thought if the chairman, the son of the founder, the person within the firm, if he can’t understand what the target price for the stock is, if he’s got no idea that this Chinese growth is coming, how does anybody know?