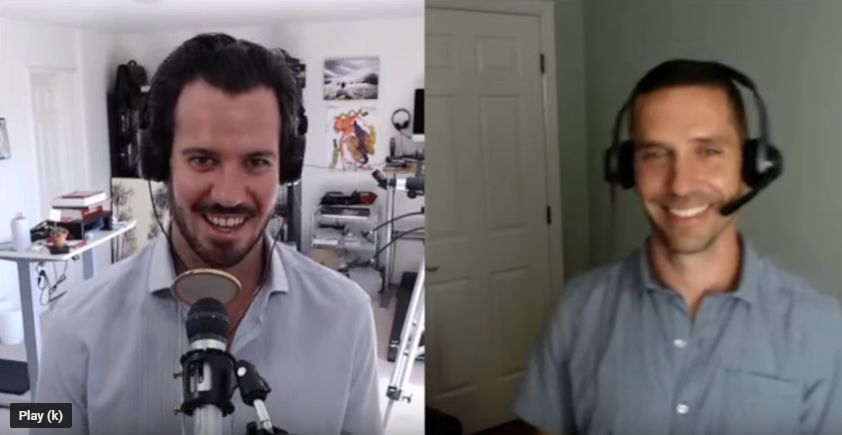 Ian Cassel: These businesses that are good, that are special businesses in the small microcap ecosystem that could become great. I don’t think any business in the microcap ecosystem is great until it evolves out of the microcap ecosystem so that’s why I call it good to great. And not just those business that are kind of the best way to play a trend or an area and you run into them too, because you’re well versed. You find a company that might be the best public way to play a trend or something that you want to play, but it’s not really the best one. There’s five other private companies that are actually doing it better than that company, really just buying the sixth best company.

Ian Cassel: What’s really rare is when you can actually find a company that’s a small microcap that literally is the best in the world at what they do. There’s not many of them out there but you can find them and when you do those are kind of those really special good to great businesses and that’s kind of what is that first bucket of opportunities that I look at.

Ian Cassel: The second bucket probably fits more of a traditional value or deep value investment bent which is finding a company that’s a turnaround. Usually, you find them when it’s trading at book value or cash or whatever, and usually, maybe it was mismanaged or got diversified into too many things. And a new management team comes in and sells off the non-core assets, sells off the subsidiaries they should have never got into and refocuses on core area where they actually have a competitive advantage. Trying to play that arbitrage where it trades from a value based off a balance sheet, to a price to earning, a growth model, and you can get multibaggers there as you well know.

Ian Cassel: So that’s kind of the second bucket, and the third bucket, quickly is, kind of the sexiest bucket. I call it the rocket ship bucket. These are the companies that have that 10, 20, 30, exponential and kind of getting back to my story stock days, that kind of have a great story and obviously every microcap says they fit this bucket but very few of them actually do and you want to make sure that when you’re in them it’s not a zero if you’re wrong, it’s not down 90%.

Ian Cassel: You want to find them where you’re willing to risk 30 to 40% of the downside for 20 X, the upside and you’ve done the work to believe that you have better than a coin flip shot hopefully at that. All you need is one or two or three of them in your portfolio, even positioned small, and if one hits you know, it can take the whole portfolio with it. So that’s kind of how I think about at least the portfolio construction for myself and the strategy as well.

Tobias Carlisle: What sort of rates do you expect to find those various different types of stocks? Is the rocket ship something that’s very rare, that’s a 1 in 10 or 1 in 20 and the bread and butter tends to be the good to great or the… do you understand what I’m saying? Which one tends to occupy the most space in the portfolio?

Ian Cassel: Probably the turnaround and the good to greats are kind of equally weighted larger, and the rocket ships are sort of smaller, so if you can think of it as 40, 40, 20 maybe, something around there. But ironically enough, when I valuate my returns over the years, a lot of the alpha actually comes from the rocket ship bucket, a lot of it comes from there. I actually spend the most due diligence on that bucket because of that. Even though it’s smaller, you know and even the position size is per position, are smaller, maybe compared to a good to greater turnaround, a lot of the alpha comes from that smaller bucket.

Ian Cassel: It is.

Tobias Carlisle: … so when you find them you do more work to make sure that it is the real thing but they’ve also got to be careful because they may not be.

Ian Cassel: Right, right, exactly. And you’re hopefully buying what you are traditionally looking for in that bucket is something that has a core asset that provides an underlying floor value or a legacy business that also provides a floor value to where, you know there’s a value there, there’s something there that’s stable, that could be sold. So that’s kind of where the value line… and hopefully you’re buying it close to that price.