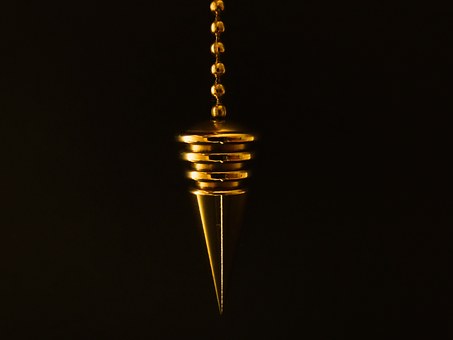 We’ve just been reading Howard Marks’ new book – Mastering The Market Cycle. In it there’s a great chapter titled – The Pendulum of Investor Psychology which discusses the impact of investor psychology on markets. Marks writes:

One of the most time-honored market adages says that “markets fluctuate between greed and fear.” There’s a fundamental reason for this: it’s because people fluctuate between greed and fear. In other words, sometimes people feel positive and expect good things, and when that’s the case, they turn greedy and fixate on making money. Their greed causes them to compete to make investments, and their bidding causes markets to rise and assets to appreciate.

But at other times, they feel less good and their expectations turn negative. In that case, fear takes over. Rather than enthuse about making money, they worry about losing it. This causes them to shrink from buying — eliminating the upward impetus beneath asset prices — and perhaps to sell, pushing prices down. When they’re in “fear mode,” people’s emotions bring negative forces to bear on the markets.

Here’s part of the discussion of the swing between greed and fear, from “The Happy Medium” (July 2004):

When I was a rookie analyst, we heard all the time that “the stock market is driven by greed and fear.” When the market environment is in healthy balance, a tug-of-war takes place between optimists intent on making money and pessimists seeking to avoid losses. The former want to buy stocks, even if they have to pay a price a bit above yesterday’s close, and the latter want to sell them, even if it’s on a downtick.

When the market doesn’t go anyplace, it’s because the sentiment behind this tug-of-war is evenly divided, and the people – or feelings – on the two ends of the rope carry roughly equal weight. The optimists may prevail for a while, but as securities are bid up they become more highly priced, and then the pessimists gain sway and sell them down. The result is a market that rises or falls moderately if at all – not unlike the experience so far this year. For example, as The Wall Street Journal wrote on May 17,

The Dow Jones Industrial Average has been down for three weeks in a row, . . .
Still, a determined group of optimists has refused to throw in the towel, stepping in to buy what they view as cheap stocks whenever prices began to plummet. On Wednesday, when the Dow Industrials fell as low as 9852.19 during the day, these people began to buy, pushing the blue-chip average back above 10000.

Two forces continue to compete in the market: those who believe that the current skittishness will end once investors get used to the idea of rising interest rates, and those who think further stock declines are inevitable.

It didn’t take long in my early days, however, for me to realize that often the market is driven by greed or fear. At the times that really count, large numbers of people leave one end of the rope for the other. Either the greedy or the fearful predominate, and they move the market dramatically. When there’s only greed and no fear, for example, everyone wants to buy, no one wants to sell, and few people can think of reasons why prices shouldn’t rise. And so they do – often in leaps and bounds and with no apparent governor.

Clearly that’s what happened to tech stocks in 1999. Greed was the dominant characteristic of that market. Those who weren’t participating were forced to watch everyone else get rich. “Prudent investors” were rewarded with a feeling of stupidity. The buyers moving that market felt no fear. “There’s a new paradigm,” was the battle cry, “get on board before you miss the boat. And by the way, the price I’m buying at can’t be excessive, because the market’s always efficient.” Everyone perceived a virtuous cycle in favor of tech stocks to which there could be no end.

But eventually, something changes. Either a stumbling block materializes, or a prominent company reports a problem, or an exogenous factor intrudes. Prices can even fall under their own weight or based on a downturn in psychology with no obvious cause. Certainly no one I know can say exactly what it was that burst the tech stock bubble in 2000. But somehow the greed evaporated and fear took over. “Buy before you miss out” was replaced by “Sell before it goes to zero.”

And thus fear comes into the ascendancy. People don’t worry about missing opportunities; they worry about losing money . Irrational exuberance is replaced by excessive caution. Whereas in 1999 pie-in-the-sky forecasts for a decade out were embraced warmly, in 2002 investors chastened by the corporate scandals said, “I’ll never trust management again” and “How can I be sure any financial statements are accurate?” Thus almost no one wanted to buy the bonds of the scandal-plagued companies, for example, and they sunk to giveaway prices. It’s from the extremes of the cycle of fear and greed that arise the greatest investment profits, as distressed debt demonstrated last year.

You can get Howard Marks’ latest book here – Mastering The Market Cycle.